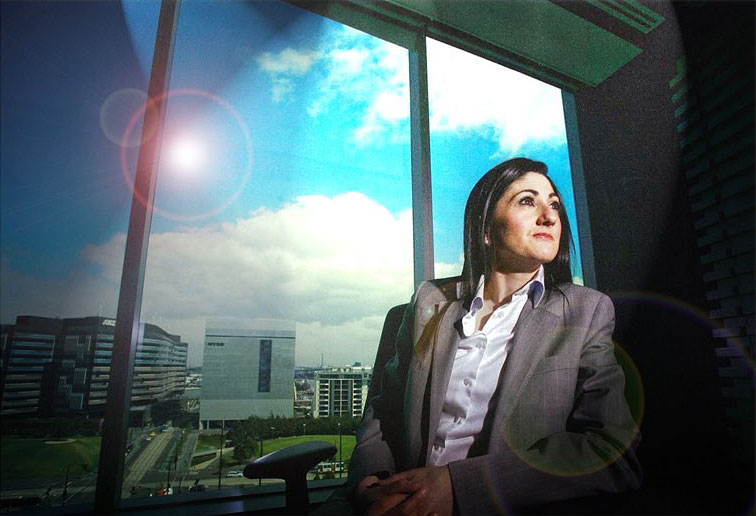 From bank teller to award-winning adviser, Melissa Azzopardi has embraced the next career challenge to run her own practice under a different dealer group. Ruth Liew talked to her about the transition.

Five months ago, Melissa Azzopardi made one of the biggest decisions in her career – to jump from a relatively cushy job as one of ANZ Financial Planning’s top performing advisers, to strike out in a business of her own.

Azzopardi left ANZ where she had a solid client base and wrote almost $800,000 in risk revenue last year alone, opening her own practice through AXA Australia’s Charter Financial Planning.

“It was time for a change,” she says, after having spent six years at the bank.

It is the first time Azzopardi has dipped into the non-blank sector. Her career in financial planning started during her university days, when she obtained a job at a bank. Azzopardi landed an entry role at a Westpac branch in Victoria, but soon realised that traditional banking business was not her cup of tea.

“I was self-motivated, and I went out and worked at the bank part time, working through uni,” she says. “But when I started to work as a teller, it was just … too boring.”

Azzopardi enjoyed face-to-face interaction with clients but it was not enough to do it from behind a glass screen as a teller.

She wanted to know more about the bank’s retail customers, rather than just their immediate banking needs.

At that time she met Matthew Cassidy, who was then a Westpac financial adviser. She observed his work including his interaction with the bank’s retail clients and started to develop an interest in financial planning.

Azzopardi made a decision: she would give financial planning a try as the work seemed to fit her personality and career goals.

She approached Cassidy for work experience and, after securing the role, set out to hone her early skills and knowledge of wealth creation.

“I did volunteer work with him for hours,” she says.

“I told him, ‘I’ll get a referral for you,’ or I’ll get that client’s file for you.’ I wanted to test it to see if it was something I wanted to get into – but after doing it for a while, I not just fell into, I knew it was exactly what I wanted to do.”

Soon after finishing her university degree, Azzopardi began full-time work at Westpac’s financial planning arm. Her hard work as a volunteer started to pay off, as she received more responsibility from the bank and soon began managing her own client portfolio.

“It wasn’t just work,” she says. “My challenged always was, if I saw a client walk through my office door I want them to walk out of it knowing what their expectations and plans could be for the next 20-3o years.”

She spent 18 months as an adviser at Westpac before ANZ Financial Planning noticed her talents, and enticed her into joining its adviser ranks.

Azzopardi made the leap to ANZ in 2005, and spent six years in the business. She become well known, particularly at Sunbury and Gladstone Park in Melbourne’s north-west, for her risk advice.

Azzopardi was recognised at an awards ceremony as the bank’s No. 1 planner in Australia by generating more than $1 million in new business revenue in 2010. She also won the title of top risk revenue planner, after bringing in $780,000 in risk revenue last year.

Many ANZ planners serviced clients across three to four branches but Azzoparidi only worked in two.

“I worked in the western suburbs, [where] many of the working class people lived,” she says.

“you get your mums and dads coming in, the blue collar workers such as truck drivers, admin officers and, of course, retirees.”

It is this demographic of people that Azzopardi enjoys working with.

Those who are nearing retirement or have just retired, people who have sent years working at nearby Melbourne airport, and stay-at-home mums were her target audience to help them receive life cover and financial security.

Some 70 percent of her business involved insurance advice, and 30 percent focused on investments.

But after six years, Azzopardi began to feel restless in her position and opted to leave ANZ.

“I came to the point where I just wanted to focus on something different,” she says.

“Some people have approached me prior who say … you’ve outgrown the bank.”

“It’s a different ball game I think in the open market – I told myself, I can either keep doing this, or look for the next challenge in my career.”

The program gives adviser the opportunity to purchase their own client base under supported commercial terms through AXA, or join an existing AXA practice and buy equity in that business.” It was a challenge, it was a big move but I made up my mind, and that was it,” she says. “I wasted little time [transitioning] and within four weeks I set up my own business.”

Azzopardi moved into a building in Coburg owned by accountant Nihal Oguzhan, a former ANZ client.

She had to leave all of her ANZ clients behind when she severed her ties with the big bank, and start afresh. But she has already managed to secure several million dollars in funds under advice and 20 clients in her new venture.

Some of the customers are former ANZ clients who chose to follow her to her new business. Flexibility is the name of the game now for Azzopardi, who provides advice “across the boards” on subjects including investment, redundancy, small business planning and insurance among others.

“I charge for the advice itself, so some might pay an hourly rate, others may pay a flat rate that will cover the strategy and implementation,” she says.

While the financial planning industry continues to face a turbulent period of change in the light of the Future of Financial Advice (FoFA) reforms, a key challenge Azzopardi plans to tackle is expanding her business.

Her goal for the new venture is to expand the business to include another planner in the near future. “And my goal within the next four to five years is to have another four planners working under me – that would be, more than enough,” she says.

Self-employed professionals and small business owners will be Azzopardi’s main target market from now on as she channels her efforts into building her client base.

She will depend on word of mouth as a key avenue for bringing new clients into her business But her ai, is not just to increase her firm’s funds under advice and customer numbers, and she does not want a purely transactional relationship with her own customers/

“it’s not about moving clients in and out of their products,” she says.

“it’s about reviewing where they’re at and getting to know the client and maintaining that relationship.”